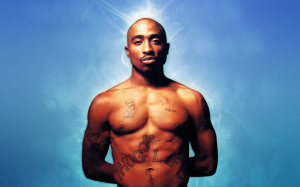 Tupac’s 1995 screenplay was purchased by NStar Studios and will be made into a feature-length film. The name of the script is Live 2 Tell and it tells the story of a teenage drug lord and his difficulties trying to leave the world of crime.

Variety reports that the film was written during the rapper’s 11-month prison stint in 1995 for a weapons charge.

One of the producers of the film will be Preston Holmes, who has been linked to Tupac once before. He collaborated with Afenia Shakur, Tupac’s mother, on the 2003 documentary of her son entitled Resurrection. Afenia will also contribute to this film as she will be the executive producer.

Holmes already tried to acquire the rights to the script in 1995 while Tupac was behind bars, but due to circumstances it never worked out.

This $11 Million project is set to begin production in early 2012.