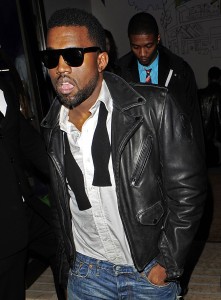 The Kanye West Foundation has officially closed its curtains and is no longer. The charity was set up four years ago to combat the number of youths who drop out of school and to encourage them to stay in school by way of arts and music.

Former Executive Director Joseph Collins notified associates via e-mail informing them that he is looking for work as the charity is now closed and the phone has been disconnected.

“I am reaching out to let you know that the Kanye West Foundation (kanyewestfoundation.org) has officially closed it doors after a successful 4+ years of programming and events,” Collins wrote.

“It has been an incredible experience working with Kanye and the board to realize his mother’s vision and I am honored to have been given the opportunity to lead the Foundation,” he continued.

The e-mail was passed on to The New York Times by two non profit group executives who previously worked with the charity.

Collins himself has not given any details about why the charity is no more. The Times points out a few possibilities in the newspaper’s story: The Kanye West Foundation raised a total of $492,000 over the four years but only paid out $18,080 over the 2007, 2008 and 2009 with a sum of $563 in 2010. The charity also appeared not to be funded by West but filed tax claims under the guise of being a private foundation.

Kanye and his camp have not released and statement yet and are refusing to comment.