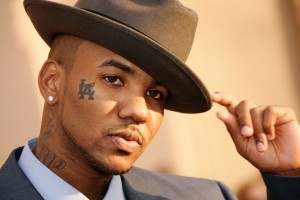 Some days ago, West Coast rapper Game (born Charles Louboutin) was detained in Canada for several hours until he was deported back to the U.S.

Apparently Game’s love for the street gang Bloods raised a red flag for Canadian Customs. The Hate It Or Love It rapper definitely reps red to the fullest. In fact, his new moniker is inspired by the Red Bottom Man himself, Christian Louboutin.

According to TMZ, a rep from the promotion company behind the tour, Substance Entertainment Group, stated that the tour promoter got a call from Canadian Customs while the Red Nation rapper was on the plane.

The rep went on to explain that customs informed the promoter that Game would be denied entry upon arrival ”due to new information received that Game is affiliated with organized crime and is an active member of the Bloods street gang.”

The Canadian promoter claims that they were hit unexpectedly with this news because concert organizers had secured all permits and received approval a week prior to his arrival.

Apparently, Game is not the only rapper try to cut through red tape to resolve legal issues with customs. In December 2010, Cam’ron and protege Vado was denied entry into Montreal, Canada because of prior felony convictions.