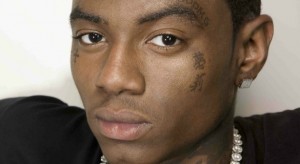 Rapper Soulja Boy owes the Internal Revenue Service tens of thousands of dollars in back taxes.

According to documents obtained by RadarOnline.com, the 21-year-old rapper owes almost $30,000 in back taxes.

Soulja Boy owes the state of California $26,805, while the state of Mississippi was seeking $3,571 in back taxes, but the full amount was paid last week.

The news of Soulja Boy’s tax problems comes just days after representatives for the rapper told TMZ.com that he bought a $55,000,000 jet.

After numerous publications re-ran the reports, a spokesman for Soulja Boy came forward to reveal that the news was fake.

Representatives for the rapper said that he was simply borrowing the jet from a billionaire.