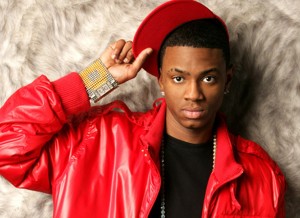 A claim that Soulja Boy had purchased a $55 million private jet for his 21st birthday has been reported false. The rumor originated from Soulja Boy himself, his assistant, and a member of the rapper’s management, Shai Storm, who has not yet replied to the numerous queries on the subject.

After the story about his private jet was posted, ej went on Miami’s radio station 99 Jamz on Saturday. When asked about his new purchase, the rapper did not deny his birthday present to himself and simply declared that he reached “G5 status”.

Soulja Boy’s spokesperson Greg Miller took charge of rectifying the lie and stated, “The elaborate rumors circulating about Soulja Boy purchasing a jet for his 21st birthday are grossly over exaggerated and are not true.”


Soulja Boy, real name DeAndre Cortez Way, made quick success in 2007 with his hit single Crank That, which was nominated for Best Rap Song at the Grammys. By 2010, the rapper made the Forbes’ Hip Hop Cash Kings list with $7 million in earnings.

However, Soulja Boy is currently suffering major financial issues as the rapper owes more than $20 000 in back taxes to the State of California. Soulja Boy’s Georgia home was also foreclosed on in the previous year.