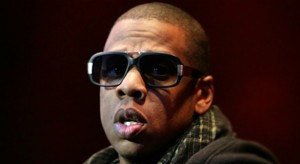 Watch the Throne is still a week away from being released on iTunes, and there are already reports of infighting between Jay-Z and Kanye West.

On Monday morning (August 1), the New York Post’s Page Six reported that Hov and Yeezy are “barely speaking to each other,” feuding over the particulars of their upcoming tour. Unnamed sources told the Post that Kanye wanted to spend upward of $400,000 per show on a flashy set during the duo’s upcoming Watch the Throne jaunt and the more frugal Jay-Z was against it.

“I kinda want to spend a gazillion dollars. They got it backwards, but it’s all good,” Hov said with his trademark laugh during the interview. “I know that we’re doing something right now. When I woke up to all that, I was like, ‘Oh yeah, we must be really hot right now.’ ”

Jay made it clear that Kanye is his “brother,” and that relationship does come with some brotherly tension.

Aside from the occasional argument, Jay dispelled any notion of things getting physical — and if they did, he said the world would never know.

“I would never disrespect that man. I have so much respect for him. Put my hands on him?” Jay questioned rhetorically. “And if I did, it would be like the backyard, like brothers, and you would never hear about it.”

What do you think of the Jay/Kanye feud rumors? Let us know in the comments.