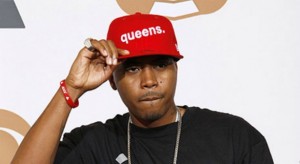 There’s no R&B chord, A-list feature or catchy chorus. On “Nasty,” the first single from Nas’ 10th solo album, The Good Life, the rapper takes things back to hip-hop basics: hard rhymes over an infectious loop.

The song, which leaked online Monday night, is reminiscent of New York’s 1980s infamous park jams and starts out with a DJ asking the rapper’s native Queensbridge housing projects, “Are y’all ready to see Nasty Nas?” The question is, of course, rhetorical.

After Nasir pushed rap’s envelope in 2008 on his politically charged Untitled album (originally titled N—er), fans have clamored for new solo material. Thankfully, “Nasty” lives up to its name, as the track’s opening bars paint a picture of New York’s pre-gentrified crack era: “Late-night candlelight fiend with diesel in his needle/ Queensbridge leader, no equal.” Nas continues to toss numerous nods to the ’80s and ’90s on the Salaam Remi-produced track. There’s a shout to Queens street legend Thomas “Tony Montana” Mickens, the now-closed Tunnel nightclub and the late Notorious B.I.G.

Still, “Nasty” isn’t just a trip down memory lane. In fact, Nas remains with his feet firmly planted in 2011 as he reflects on his growth from a wide-eyed boy looking out of his project window to rap’s upper echelon, while still leaving room to grow.”We ain’t going backwards, we’re staying forward though,” Nas said in a June interview with DJ Envy on MTV2’s Sucker Free.

With the song’s lyrics, he stays true to that notion. “Silent rage, pristine in my vintage shades/ I’m not in the winters of my life or the beginning stage,” Nas spits before revealing his lustful interest in actress Antonique Smith, who played Faith Evans in the 2009 Biggie biopic “Notorious.”

Nas continues to fire off quotables in rapid succession. “I’m so high, I never land like Mike Jackson’s crib” and “Your flow’s cheap as limousine liquor” are just a few examples of Nas’ spirited wordplay.

If the new single is any indication of what fans can expect from the new Nas album, then for hip-hop fans, life is good.

What do you think of Nas’ latest single? Share your reviews in the comments!