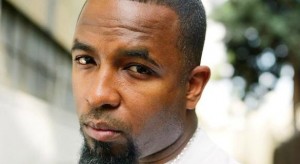 Among his underground following, Tech N9ne can do no wrong. But his fans, appropriately dubbed the Technicians, did get a little uppity when news broke that the Kansas City, Missouri, rap veteran would be collaborating with the likes of Lil Wayne on Tech’s recently released All 6’s and 7’s.

“No, I was not afraid of the backlash because I was getting it when Wayne said he wanted to work with me to [Hot 97 DJ] Funkmaster Flex when he was in Rikers,” Tech N9ne told MTV News during an intimate sit-down at his Strange Music headquarters in Lee Summit, Missouri. “All of my fans, a lot of my fans were like, ‘Oh no, don’t f— with Wayne. No, no, no, he’s mainstream and you’re underground — it don’t mix.’ ”

In October 2010, while still serving his eight-month prison bid for gun possession, Weezy revealed to Flex that he would like to work with Tech. For Tecca Nina, Wayne’s name-drop was an introduction point for new and curious fans, but for his long time die-hards, there was some skepticism.

“Different artists are supposed to hook up and make something beautiful, that’s what makes music wonderful, I think,” Tech said, defending against criticism that he was selling out. “I already knew what I was gonna do. When I get with these [well-known collaborators], the beats gotta say their names.”

The resulting collabo is “F— Food,” a raunchy track that not only features Weezy, but T-Pain on the hook as well. The song’s lyrical depiction of explicit sex acts will make it a hard sell for radio, but then again according to Tech, airplay was never the point of the union. “Everybody else is just going to try to put it on radio and big hit, boom and get their money off these cats. Nah, I just want to do beautiful music,” he said.

The Young Money CEO isn’t the only popular rapper to appear on All 6’s and 7’s, Atlanta’s B.o.B also lends his production and lyrics to the project on “Am I a Psycho?.” The dreary track is a far cry from Bob’s 2010 radio hits “Nuthin’ On You” and “Airplanes.” Tech remembers the feeling he got when he first heard the beat and often reminds fans of B.o.B’s oft-overlooked lyrical prowess.

“I chose it like, ‘Whoa,’ he did the beat and he did the chorus and I said, ‘That’s my world right there,’ and he wrote a verse for it. He’s a lyricist,” he said before citing Bob’s very first single, 2007’s “Haterz Everywhere,” as further proof. “That was thugged-out; that was gutter. I ain’t forgot B.o.B; he supposed to expand. But I know he can go, so we did ‘Am I a Pyscho?’ with Hopsin.”

Snoop Dogg, Busta Rhymes, Twista, Yelawolf, Kendrick Lamar and Stephen Carpenter of the Deftones also appearances on All 6’s and 7’s, but Tech N9ne puts any notions that he’s going mainstream to rest. “I brought people into my world,” he said.

What do you think of Tech N9ne joining forces with Lil Wayne? Tell us in the comments!