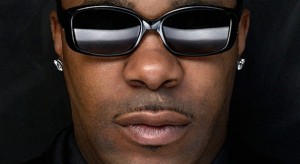 Busta Rhymes is back with a new album and mindset adding on to his multi-platinum career. The Brooklyn emcee wouldn’t reveal the name of the album, but said it would be along the lines of When Disaster Strikes, The Coming, Extinction Level Event, Anarchy and Genesis.

Scoffing at the notion of retirement, Busta had a breakout year doing features, most notably Jay-Z and Kanye West’s H.A.M and Nicki Minaj’s Roman’s Revenge.

“I’m not going anywhere anytime soon.” Busta remarked whenever someone mentions him retiring. The 39-year-old rapper has seen and done it all since entering the game in 1991:


Death Row Record’s dominance over the industry; how Biggie, Nas and Wu-Tang Clan revived New York; the untimely deaths of Biggie and Tupac; the South’s dominance; the rise of underground artists like Wiz Khalifa. Through it all Busta still remained relevant releasing hit-after-hit, selling millions of records and collaborating with the biggest names in the industry.

He promises to give fans some new flavor as well as some of the old rapid-fire-flow Busta is known for. “I’m really taking my time with this one,” Busta says of his new, untitled release. “I’m going into this one different than the last album. I don’t want to start talking about producers and album titles just yet because I don’t want to spoil anything. But you know I’m going to come out with that good sh*t . I promise you that. I’ve been in the business for a minute and I still have a hunger for it. I’m not going to stop until the people tell me to.”

Meanwhile, he’s enjoying his #1 single Look At Me Now featuring Chris Brown and Lil Wayne and the growing buzz from Welcome To My Hood with DJ Khaled. Both tracks will appear on his new album, which he says is 90% done.

Busta isn’t going anywhere anytime soon let alone retiring. “This is my sh*t. I am back in a space where I can talk about the things I love to talk about and touch on things people are a little uncomfortable talking about and really expose the truths, and do it in a way where it’s so extremely entertaining. I feel supreme right now,” stated Busta Rhymes.

His album is slated to be released in September.