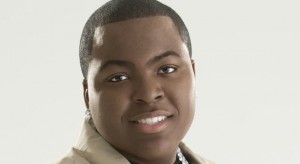 Singer Sean Kingston was hospitalized after a watercraft accident Sunday (May 29) in Miami. The Jamaican singer was riding his jet ski with an unidentified female passenger when he crashed into the Palm Island Bridge in Miami Beach.

Kingston was rushed to Ryder Trauma Center for his injuries where he was moved to ICU on Monday. An off-duty Coast Guard pulled him from the wreck saying Sean was responsive but coughed up blood. The unidentified female was unharmed in the accident, but was taken to the hospital as a precaution. There’s been no word on her condition yet.

Sean Kingston is now stabilized and has moved from the trauma unit to ICU and “Sean’s family thanks everyone for their prayers and support during this time.”


His friends took to Twitter praying for his speedy recovery making #getwellsean a trending topic over the weekend. Singer Justin Bieber used the hash tag on his Twitter this weekend adding, “I will continue to support and pray for my friend.”

Kingston’s accident occurred in the wake of Randy “Macho Man” Savage’s death last Friday (May 20). The 58-year-old ex-professional wrestler suffered a heart attack and died while driving his car in Florida.