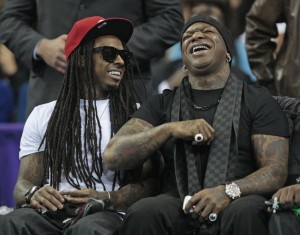 The sequel to 2006?s Gold-certified album Like Father, Like Son is on the way according to Cash Money founder Brian “Baby” Williams.

This is one of the first updates on the Like Father, Like Son 2: Tha Last Mob since 2010 when Baby, in an interview with Entertainment Weekly, set a tentative release date of Father’s Day 2011 for the album.

“We’re planning on putting that out Father’s Day weekend,” he said. “[We’re] bringing that Cash Money/Young Money sound, that traditional hard-body rap, the music that we do together—that gangsta shit, straight up.”

Other than the recent tweet, the latest update on the album came from Birdman when he said: “We have a lot of songs we did before [Wayne] went [to jail], and we’ve been working since he came home. All we’ve got to do is pick.

And Wayne likes to be fresh with our music, so we might wait… and just knock out 20 songs right quick and put those on the album.”