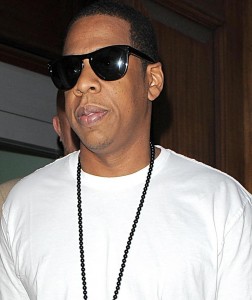 A little over a week has passed since Jay-Z welcomed his newborn daughter Blue Ivy into the world. Since then, the Brooklyn rapper has released ‘Glory,’ a tribute song celebrating the infant’s life. Now news is spreading that any future lyrics the Roc Nation founder puts out will no longer include the word “bitch.”

According to NME.com, a poem has surfaced that reveals Hov has no interest in referring to women by the derogatory term. “Before I got in the game, made a change, and got rich/ I didn’t think hard about using the word bitch/ I rapped, I flipped it, I sold it, I lived it/ Now with my daughter in this world I curse those that give it.”

There’s been no word from Jay-Z himself confirming the poem, but fans of the veteran MC feel the rumors that he’ll kick the word to the curb are untrue. After all, many of his rhymes are littered with it. In 2001, the entertainer released the track ‘Bitches & Sisters,’ off his seventh studio album, ‘The Blueprint 2: The Gift & The Curse.’ Then there’s one of his most lauded songs, ’99 Problems,’ released the following year on ‘The Black Album,’ which delivers the line, “I got 99 problems but a bitch ain’t one.”

Jay and wife Beyonce became parents on Jan. 7, when Blue Ivy was delivered at Lenox Hill Hospital in New York City. Fans of the hip-hop and R&B couple in L.A. have dedicated a strain of marijuana to their new child. Weed with the name OG Blue Ivy is currently sold at local dispensaries.