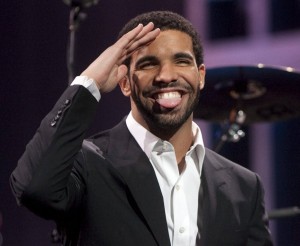 The Juno Awards have made great strides in credibility in recent years, but that may have culminated in last year’s Drake-hosted crowning of Arcade Fire. The 2012 Junos took a great big step backwards — and a curiously unnecessary one — by overlooking Drake’s critical and commercial hit Take Care in favor of awarding Michael Buble’s Christmas album.

Drake’s loss to a Christmas album is as egregious as Kanye West not being nominated for a best album Grammy for My Beautiful Dark Twisted Fantasy. Up against two holiday records and a pair of critical failures from Nickelback and Avril Lavigne, it shouldn’t have been a contest. Buble’s Christmas album is good for what it is, but what it is is a freaking Christmas album. It’s hardly an artistic achievement on the level of Drake’s Take Care.

As an aghast Deadmau5 said backstage, “Really? Was it any good? I mean, it better be one hell of a Christmas album.”

The selection of William Shatner as host, after going for cool kid Drizzy last year, seemed like another potential disaster. But the 81-year-old self-described “recording artist” killed as host, joking about Deadmau Five, kicking Chad Kroeger out of his own band to form “Nickel-Shat” (sparking a brief Twitter trend of #CdnShatnerBands) and delivering a CanRock medly, in his inimitable sing-speak fashion, of Steppenwolf’s “Born to be Wild,” Bryan Adams’ “Summer of ’69,” BTO’s “Takin’ Care of Business,” Trooper’s “Raise a Little Hell” and Rush’s “Tom Sawyer.”

Feist, who kicked off the Junos march toward credibility in 2008 with her The Reminder-fuelled five-award sweep, did her part once again as she was named Artist of the Year, adding to the previous night’s best Adult Alternative Album and Best DVD haul and bringing her lifetime win total up to 11. The comparatively lackluster reception for Metals apparently didn’t touch her artistic cred as she beat Canada’s biggest stars Deadmau5, City and Colour, Drake and Buble, a fact she alluded to in her acceptance speech.

“It just keeps going and going, I’m just in shock,” Feist said onstage. “This category is of a very international nature, so I’m very thankful. I’m straight-up grateful. ” She later backed up her wins with a powerful performance of “The Bad in Each Other,” assisted by three drummers, a horn section, Ex-Constantines member Bry Webb, Broken Social Scene’s Charles Spearin, a bluegrass trio and some sweet pyro.

Backstage, she elaborated on her surprise. “I was completely 100 percent convinced that I was absolutely not going to win an awards,” she said in the press room. “I felt like those days were over and I was content to play, because that’s what I do. This is just exponentially more shocking than it was in 2008. That year there were so many wonderful things happening that nothing felt shocking because I was over-shocked. Now, this is the shock.”

Feist wasn’t the only nice shocker, of course. The Sheepdogs took Single of the Year with “I Don’t Know,” giving them three in total and completing the defeat of Nickelback, who went zero for four, a repudiation of the Vancouver rockers who had swept the Junos on their last album. (The Sheepdogs weren’t there, either, though their dream-slot opening for John Fogerty on an Australian tour is basically the best excuse ever.)

Similarly, Dan Mangan took a well-deserved New Artist of the Year — even if we were personally rooting for Diamond Rings — and Dallas Green took a similarly well-earned Songwriter of the Year for City and Colour.

With the absence of Buble, Bieber and Drake, the night’s biggest international star was Deadmau5, who lost in the Best Dance Recording category that he’s dominated for the past few years. But at least it was to one of the biggest hits of the year, “Hello,” the monster electro-pop jam by Dragonette and noted non-Canadian producer Martin Solveig. (He’s French, so maybe that half-counts.) The upset was acknowledged by Sorbara backstage, who said “It’s just that much more surprising to be recognized in a category with someone who is as big and powerful as Deadmau5.”

But the cheese stands alone and dance music superstar Deadmau5 got to close the 41st annual Juno Awards in appropriately spectacular style with an assist from veteran jungle MC Flipside and electro-pop star Lights, who had also lost the previous night in the pop album category. It ended on a blissfully high note what had begun with Nickelback’s egregious “This Means War.” So if the 2012 Junos were uneven, at least they built from a painful past towards an on-fire future.