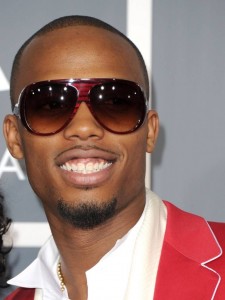 B.o.B. teams up with Taylor Swift for an inspirational duet titled “Both of Us,” featured on the southern rhymer’s sophomore album, Strange Clouds, due May 1. The country singer grabs the microphone before B.o.B. serves up his verse, commencing the track with her spirited vocals.

“I wish I was strong enough to lift not one, but both of us,” she sings sweetly over the guitar-laden beat, likely played by Swift herself.

“Ever thought about losing it/ When your money’s all gone and you lose your whip/ You might lose your grip/ When the landlord tell you that your due for rent/ And the grass so green on the other side/ Make a n—- want to run straight through the fence,” B.o.B. raps.

Check the Strange Clouds tracklist below.