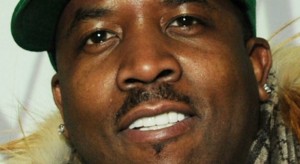 OutKast rapper Big Boi was arrested by the Miami police on Sunday for drug possession. The officers found ecstasy and other drugs in his possession, Reuters reports. Later, the lawyer of the hip-hop artist said the substances were “contraband”.

Rap singer Big Boi is in trouble. On Sunday, at the end of a ship cruise, the customs officials stopped him and after a quick search they found ecstasy, MDMA powder and Viagra in his possession. When they asked him to show them if he had any prescription for the drugs, he admitted he had none. The Miami Herald reports that he was taken into police custody and put in jail in the afternoon, but was released a few hours later, after posting a 16,000 dollars bond.

The lawyer of the rapper said the drugs weren’t for his client’s own use and that ther substances were actually “contraband”. Earlier that day, Big Boi, whose real name is Antwan Patton had tweeted “Fresh Out Baby!”. A little later he posted another message: “…they said it was the Love Boat…”. His attorney, Daniel Kane, explained that his client was spending time with some friends and that the amount of drugs found was small and not even in his own bags. “While Big Boi was traveling with his group and friends, a small amount of contraband was found in the collective luggage.” He believes that his client will face no charges in the end. “I am confident when the entire facts are aired Big Boi will be completely exonerated.”


Rapper Big Boi, 36, started gaining popularity with OutKast, a duo that he formed with Andre 3000. They have produced six albums and had several hits, including “Mrs. Jackson” in 2002, which has earned them a Grammy Award for Best Rap Performance By a Duo or Group, and “Hey Ya” in 2003 which also won a Grammy in 2004. He began his solo work in 2003 and released one of his most popular singles, “The Way You Are.”