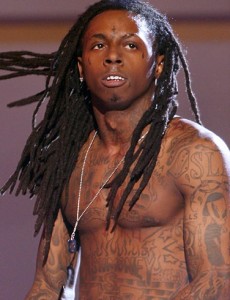 Lil Wayne’s I Am Not A Human Being will now be a full-length album as opposed to an EP like it was originally scheduled. Several of the tracks that were slated to be featured on Tha Carter IV will now be featured on the project, which is scheduled to be released on his birthday, September 27.

“I know once he got out [of jail] those songs would be so old to him,” said his manager, Cortez Bryant to SPIN magazine.

As for Tha Carter IV, it will no longer be released on the same day as Weezy’s release from prison in November as previously planned. The New Orleans MC, has been writing down lyrics, a first for him “since 2002 or 2003,” and soon after leaving Rikers he will start working on that LP.

“He’s going to probably start from scratch,” said Bryant. “I know how he records — he’s in the studio every single day. That’s his life.”

I Am Not A Human Being will feature collaborations with his Young Money label mates such as Nicki Minaj, Drake, Jay Sean, Tyga, Lil Twist and Jae Millz. The unfinished video for the title track leaked onto the internet a few days ago showcasing some of Weezy’s tattoos that apparently glow in the dark.

“It was his concept to shoot the black light, because that way the tats that he has, they glow in the dark,” said the video’s director David Rousseau to MTV News. “He came up with that idea. So really, the rest of the video was a springboard on that.”