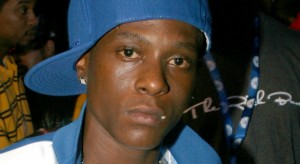 Rapper Lil Boosie is in more trouble as he serves a prison sentence for possession of marijuana and fights a first degree murder charge.

While Boosie has lyrically attacked Moore on songs in the past, police believed there was a credible threat against the District Attorney, who is leading the investigation into the rapper’s possible involvement in as many as five murders

“I can confirm that we received information relative to a credible threat against District Attorney Hillar Moore and the District Attorney’s Office,” State Police spokesman Lt. Doug Cain told The Advocate.

As a result of the investigation into the threat against Moore, Lil Boosie ended up getting caught attempting to smuggle codeine into the Louisiana State Penitentiary at Angola.

According to Louisiana State Penitentiary Warden Burl Cain, Lil Boosie has not been involved in any violent altercations while he has been incarcerated, although he continuously gets into trouble.

“He has a hard time following basic rules,” Warden Burl Cain said. “He’s getting better though.”

Just three weeks ago, two officers resigned after they were caught letting Lil Boosie make more phone calls that he was allowed to make.

Lil Boosie is due in court on June 22nd, in relation to the indictment for his alleged role in the murder of 35-year-old Terry Boyd, who was killed in October of 2010 in Baton Rogue.