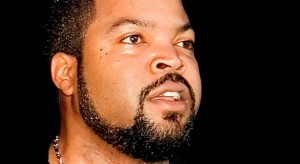 Ice Cube has been a cornerstone of Hip Hop since beginning his career in the mid-‘80s. In a sneak preview of his upcoming VH1 episode of “Behind the Music,” the former N.W.A. member recalls falling in love with the culture, explaining that his DJ uncle and Sugarhill Gang were to blame.

“It clicked with me in elementary. I discovered hip-hop at 10 years old, since 1979. My uncle Jerry was taking me to the dentist. He used to be a DJ and would throw parties, deejaying,” he says. “So he had a lot of records and he had this big radio about this big in the backseat. He was into Confunction and Earth, Wind & Fire and Ohio Players and stuff like that. But this one song came on, which was ‘Rapper’s Delight,’ and it mesmerized me. One thing in rap, a song that’s 11 or 12 minutes, they rapping the whole way through. And that just turned me on.”

That planted the seed for Cube’s passion for Hip Hop, encouraging him to soak up the culture in every regard.