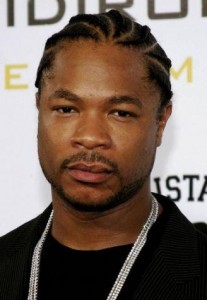 Planking is blowing up the news and photo galleries these days. What is Planking? Older people would say it’s another instance of why the youth is screwed up. Kids would fire back that it’s the most fun you can have being still. Who’s right?

Planking is the act of lying face down for a photograph. The term planking originated from Australia but is actually just another name for ‘the lying down game’ (I’m not kidding). The specific instructions: to put your body face down to the ground (or table, or object, or anything) with your arms to the side.

It may be the latest craze that’s taking over the internet, but does it really mean what people think it means?

Rapper Xzibit is leading a new charge against “planking”, claiming the practice has racist roots. Xzibit recently Tweeted, “Planking is THE dumbest shit ever. Planking was a way to transport slaves on ships during the slave trade, its not funny. Educate yourselves.” The rapper continues with, “Don’t get twisted. I care less where your dumb asses lay face down and take pictures of the shit, I’m just telling you where it came from.”

Although Xzibit is sharing his thoughts on planking, some celebrities, such as Katy Perry, Demi Moore, Rosario Dawson, Chris Brown, and Justin Bieber, seem to care less and have taken part in “planking” and have posted the pictures online. 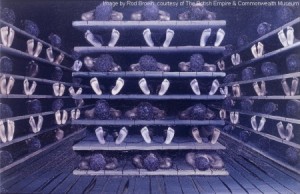 So yes, “planking” has roots in slavery. If you look at the picture to the right, it shows how slaves captured in Africa were stowed away on ships during the “Middle Passage” journey during the late 16th Century. Slaves used the planks as beds. Rumors have it that “planking” came from kids in Australia, but actual planking began at the start of the slave trade as captured Africans were transported by ships to the New World during the “Middle Passage”.

What do you think?