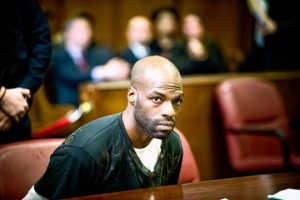 After confessing to a 17-year-old murder, G. Dep has failed to get charges downgraded to manslaughter.

The former Bad Boy Records rapper, born Trevell Coleman, is now facing 15 years in prison at minimum. Last year, he walked unannounced into a Harlem police station and confessed to shooting a man during a 1993 robbery. He was arrested after investigators reopened the case, long turned cold, and found that the victim, John Henkel, had died from his wounds.

According to the New York Post, G. Dep’s attorney had lobbied prosecutors to have the murder charge reduced to manslaughter in light of Dep’s courageous confession, which he made as part of a 12-step drug rehab program. “I’m just trying to get right with God,” the rapper said at the time.


However, prosecutors refused the request on Thursday, insisting that Dep either plead guilty and face a minimum of 15 years or go to trial and potentially face an even lengthier sentence.

G. Dep has pleaded not guilty and is set to go to trial in November if he does not accept the plea deal.