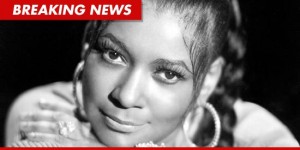 Sylvia Robinson, known to many as the mother of hip-hop, has died aged 76.

Born Sylvia Vanterpool in New York, she had a long career in the music industry before the arrival of rap.

She scored several novelty hits in her teens as Little Sylvia, but scored a huge hit with Love Is Strange in 1957, recorded with her guitar teacher McHouston “Mickey” Baker.

The pair’s song, with its suggestive “how do you call your loverboy” refrain, is known to millions from its use in Dirty Dancing.

It was co-written by Bo Diddley, after Robinson secured permission from the bluesman to reversion one of his stage instrumentals into a jukebox smash.

The duo had a few more modest hits before they broke up, while Robinson achieved sporadic success in the 60s as a writer and producer.

As a solo artist, she had a hit in 1973 with the sexually suggestive Pillow Talk, an early prototype of disco music, and a direct influence on Donna Summer’s heavy-breathing hit Love To Love You Baby.

But it was 1979 when she first experienced rap and latched on to its potential.

It was at a club called Harlem World in Manhattan, where a DJ called Lovebug Starski was talking and chanting over a mix of R&B records.

“I saw him talking to the kids and saw how they’d answer back,” she told Vanity Fair magazine in 2005.

“He would say something every now and then, like ‘Throw your hands in the air,’ and they’d do it. If he’d said, ‘Jump in the river,’ they’d have done it.

“A spirit said to me, ‘Put a concept like that on a record and it will be the biggest thing you ever had.'”

A seven-minute edit was put together and the song crossed over to the mainstream, eventually charting at 36 in the Billboard Hot 100.

“When it came out, nothing was the same afterwards,” hip-hop historian Harry Allen told US radio network NPR in 2000.

“By making it palpable, it made hip-hop as a commercial medium possible.”

Although the Sugar Hill Gang never equalled the success of their debut, the label continued to score hits.

Among them were Apache, That’s The Joint and The Message – the song widely credited with bringing social consciousness to hip-hop and the first rap song ever added to the US National Archive.

Sugar Hill Records was eventually closed in 1986, and its studios in Englewood, New Jersey burned down in 2002.

Sylvia Robinson is survived by her sons Joey, Leland and Rhondo and 10 grandchildren. Mr Robinson died of cancer in 2000.