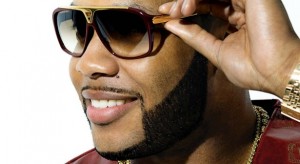 The 31-year-old rapper was pulled over in his Bugatti, near Miami Beach.

When police identified Flo Rida, born Tramar Dillard, they also found that he was driving the expensive car with a suspended license.

Flo Rida was charged with DUI and driving with a suspended license.

In related news, Flo Rida is scheduled to head to Bangkok this Saturday (June 11th), where he is supposed to perform.

The concert in Bangkok is scheduled to kick off at 9:00 PM.