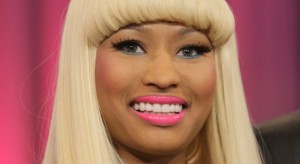 Nicki Minaj took her unique rap flow all the way to the top of the pop music industry, but the Young Money First Lady recently revealed that music wasn’t her first career choice.

In fact, she says it happened by accident, and instead, wanted to become an actress initially.

In an interview with Entertainment Weekly at Sunday’s (June 5) MTV Movie Awards, Minaj explained that she has taken lessons, and plans to make her dream a reality following her upcoming tour with Britney Spears.

“I went to school to be an actress. I never expected to be a rapper. It just fell in my lap,” said the rapper. “I would like to get an acting gig. I hope that when I am done with the tour, I can go back and do some acting. That is my long-term goal.”

Her acting aspirations won’t be the typical transitions you see for a rapper/actor though. Nicki says she definitely won’t be doing any straight-to-DVD type releases that most rappers self-produce and release to their fans. She wants to be a player in Hollywood.


“I want to work with Will Smith, because he’s a very successful rapper-turned-actor and therefore a role model,” Minaj said. “And Tim Burton because I love his crazy imagination. He comes up with these characters that are just so fascinating and the costumes and just creates these whole worlds.”

As far as actual roles, and any movies she’s interested in, that remains unknown.