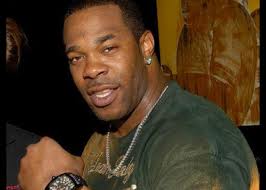 Rapper Busta Rhymes is facing more court action and his been sued for $250,000 by a woman who claims he threw a glass at her at Mr. Chow’s in Beverly Hills, California.

According to the lawsuit, which was filed earlier this week, a woman named Devin Cooper and a companion were eating at Mr. Chows at a table next to the rap star.

Trouble started when a woman with Busta Rhymes claimed Cooper and her companion were too close to the rapper’s table.

Cooper claims she tried to reposition her chair to calm the woman’s down, but the woman continued to instigate the situation.

The lawsuit claims that when Cooper attempted to further diffuse the situation by asking the woman to calm down, Busta Rhymes snapped and yelled at the woman.

Cooper claims that she attempted to carry on with her dinner, but Busta allegedly threw a drinking glass at her, missing her by “inches.”

Last week, Busta Rhymes’ name popped in a copyright infringement lawsuit over a track on his former group’s debut album. Drive-In Music claims Busta Rhymes and Leaders of the New School illegally sampled music on their 1991 hit single “Case of the P.T.A.”