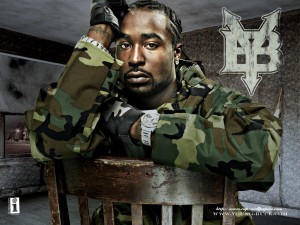 Young Buck faces an obstacle that most rappers never want to come across during their music career. The Tennessee native and former G-Unit signee may have to sell his rap moniker as a result of his current bankruptcy case.

The Tennessean newspaper reports that the trustee administering the 30-year-old rapper’s estate plans to sell his trademarked “Young Buck” name along with other assets. Buck filed for bankruptcy in 2010, and Judge George C. Paine II recently signed an order converting the case from Chapter 11 reorganization to Chapter 7 liquidation.

“My name, Young Buck, has been with me since I was 12, 13 years old,” Buck stated. “At the end of the day, it’s ridiculous. My name wasn’t given to me by G-Unit Records. They didn’t name me Young Buck. My mother calls me Young Buck.”

The conversion of his case does little to help Young Buck, born David Darnell Brown, who was close to signing with Birdman’s Cash Money label. The deal would have helped move the ‘Straight Outta Cashville’ rhymer out of debt slowly, being able to pay back child support he owes as well as the more than $10 million he reportedly owes 50 Cent and G-Unit Records.

Buck has been locked in a bitter legal dispute with the record label since 2008, which prevents him from recording any new material.