After Kendrick Lamar went after all his peers, a look back at the craziest, funniest and most serious hip-hop feuds ever. Kendrick’s verse is technically more of a healthy competitive challenge between friends than an actual threat. But it got us thinking about the greatest rap beefs ever, from the deeply silly to the all-too-serious. Here’s our definitive countdown:

After Kendrick Lamar went after all his peers, a look back at the craziest, funniest and most serious hip-hop feuds ever.

Kendrick Lamar took his guest verse on Big Sean’s “Control” as an opportunity to casually invite all his friends to fight to the death: “I’m usually homeboys with the same niggas I’m rhymin’ with / But this is hip-hop and them niggas should know what time it is / And that goes for Jermaine Cole, Big KRIT, Wale / Pusha T, Meek Millz, A$AP Rocky, Drake / Big Sean, Jay Electron’, Tyler, Mac Miller / I got love for you all but I’m tryna murder you niggas / Tryna make sure your core fans never heard of you n***as / They dont wanna hear not one more noun or verb from you niggas . . .”.

Kendrick’s verse is technically more of a healthy competitive challenge between friends than an actual threat. But it got us thinking about the greatest rap beefs ever, from the deeply silly to the all-too-serious. Here’s our definitive countdown: 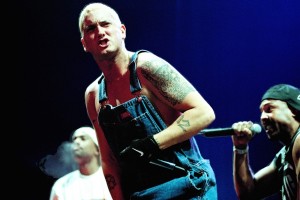 How could something so one-sided be so enjoyable? Benzino, a two-bit Boston rapper-slash-editor, somehow held a lot of influence at The Source magazine. In 1999, he promoted his group’s Made Men album with full-page ads in the magazine and a rave review. Conflict of interest alert! Benzino made things even worse for himself when he attacked Eminem on dubious racial grounds. Em came down on him like a combat boot on an ant with “Nail in the Coffin” and “The Sauce,” where he chuckled while imagining Benzino being held out of a window. The beef continued for a while after that, but in the end Benzino was a total laughingstock and Eminem was still Eminem.

9. The Real Roxanne vs. Roxanne Shante
The Roxanne Wars – a never-ending series of battle records in the mid-1980s – started when the rap group UTFO didn’t show up to a radio event. They’d gotten popular off their song “Roxanne, Roxanne,” about a (fictional) girl who doesn’t answer their phone calls. Their no-show prompted 14-year-old Lolita Shanté Gooden to fight back on the fake girl’s behalf, adopting the name Roxanne Shanté. Her fierce and foul response song, “Roxanne’s Revenge,” quickly sold 250,000 copies. UTFO got another girl (and another one after her) to play the role of “The Real Roxanne” and take shots back at Shanté. Other voices soon joined in; anywhere from 30 to 100 responses were ultimately recorded. 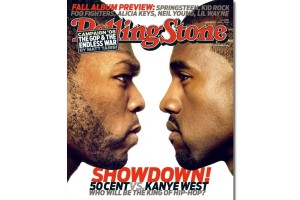 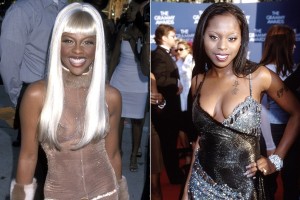 On a 1999 track by Lil Cease, Lil Kim spit a pretty hard 16 bars, not seemingly directed at any one person. But then Puffy had to jump in and say, “Stop trying to sound like her, bitches.” Well! Foxy Brown didn’t much care for that. She opened her verse on Capone-N-Noreaga’s “Bang Bang” the same way Kim did on “Quiet Storm,” saying, “Hot damn, ho, here we go again,” before calling her rival a snitch and worse. This war of words, which has never really ended, even spilled into the streets, with 20 shots fired outside of the studios of New York radio station Hot 97. (That’s why there’s an NYPD camera permanently installed on the block now.) More recently, while Nicki Minaj and Kim traded barbs, Foxy made appearances by Nicki’s side. 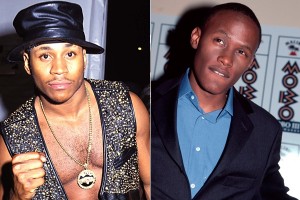 Largely thought to be one of the best lyrical battles of all time, this began in 1997, when – on a guest verse for LL’s “4, 3, 2, 1” – Canibus rapped, “Yo L, is that a mic on your arm? Lemme borrow that.” LL has a famous microphone tattoo, but apparently no sense of humor. He took out the offending lines, then recorded an entire verse taking shots at Canibus: “The symbol on my arm is off limits to challengers.” Surprise! Canibus retaliated with “Second Round KO,” where Canibus got Mike Tyson to run his mouth before ripping into LL himself. (LL swung again with “Ripper Strikes Back,” among others, but the fight really ended with “KO.”)

5. NWA vs. Ice Cube
NWA exploded onto MTV in Raiders hats and Jheri curls, flashing guns and an attitude. They became a phenomenon, accruing a huge and unexpected suburban audience. And yet, somehow, the money just didn’t add up. They’d signed an incredibly bad deal, with de facto leader Eazy E and manager Jerry Heller taking much of the cut (even though Ice Cube had written over half of the lyrics from their debut, Straight Outta Compton). Cube walked, immediately finding success on his own. The remaining members threw darts, calling him Benedict Arnold. After several volleys, Cube finally returned fire with the brutal four-minute dis track “No Vaseline”: “Yella Boy’s on your team, so you’re losing / Ay yo Dre, stick to producing / Calling me Arnold, but you Benedict / Eazy-E saw your ass and went in it quick / You got jealous when I got my own company / But I’m a man, and ain’t nobody humping me.” And that’s just before the first chorus hits. It gets worse, which is to say, it gets better.

4. Boogie Down Productions vs. Juice Crew
This past weekend marked the 40th anniversary of hip-hop’s birth, at a block party thrown by DJ Kool Herc up in the Bronx. Back in 1985, though, things weren’t so crystal clear. The Queens-based Juice Crew released “The Bridge” – which KRS-One and his Bronx-born crew, Boogie Down Productions, understood to mean that hip-hop started in Queens. Unacceptable! Thus began a rat-a-tat assault over the Throggs Neck: “South Bronx” from BDP, “Kill That Noise” from Juice Crew’s MC Shan. Finally came BDP’s “The Bridge is Over,” largely acknowledged as one of the best career-enders ever. This beef, for once, has a nice ending: In 2007, KRS-One and Juice Crew’s Marley Marl united for the song “Hip Hop Lives.” 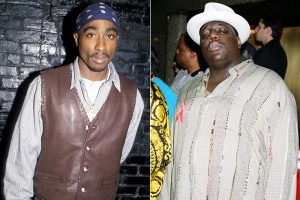 The most notable beef is also the saddest. It’s the one that went too far, and that means there’s no way it could be the best. Biggie and 2Pac started out as friends, but rumors and media commotion ruined a good thing. In 1994, 2Pac got shot while leaving New York’s Quad Studios; he alleged Puffy and Biggie set him up. (It didn’t help that Big put out “Who Shot Ya?” shortly after.) Pac pieced the puzzle together in his mind with “Hit Em Up,” where he opened up the song with the lines, “I ain’t got no motherfucking friends / That’s why I fucked your bitch, you fat motherfucker.” At the Source Awards in 1995, Death Row’s Suge Knight stood onstage and berated Puffy as a dancing, camera-hogging wannabe. Things escalated quickly: Magazines called it an “East Coast vs. West Coast” war, without thought of what consequences could come of that. Tupac was gunned down in 1996, and Biggie, six months later. Both murders remain unsolved. 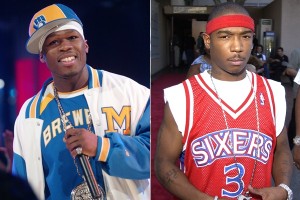 How quickly things come crashing down. Ja Rule was on top of the world in the late 1990s, his thug-n-B tunes running radio. As lore goes, the trouble started when 50 tried to steal Ja’s jewelry; or maybe it was because he got turned away at a video shoot. Regardless, 50 ended up getting stabbed at New York’s club Hit Factory. And so 50 set to dismantling Ja’s career, starting with mixtape tracks (“Life’s on the Line,” “I Smell Pussy”) and skits (“Ja Rule Duets,” where he mimics Ja’s gravel-voice singing over pop songs) and videos (“Wanksta”). Ja responded in kind, with “Blood in My Eye” and others, though his responses weren’t nearly as effective. Ja’s team left bullet holes in 50’s manager’s office; G-Unit ran Ja and Co. out of the 106 & Park studios. Ja attempted to broker a peace treaty through Rev. Louis Farrakhan to no avail, long after the fight had became exhausting. It was too late. Ja Rule was on his way out of town. Soon after, the IRS raided the Murder Inc. offices – the equivalent of kicking a man while he’s down. 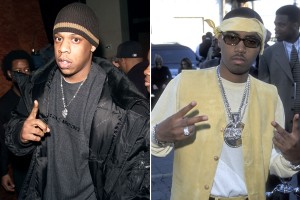 To think, the greatest rap beef ever was all Memphis Bleek’s fault. On 2000’s “My Mind Right,” he says the lines, “Your life’s a lie, but here’s the truth: You ain’t hype to die but you hype to shoot.” Read between the lines and the insult seemed to be directed at Nas, who responded to both Bleek and Jay Z in subliminals on mixtape tracks. This was taken to another level on 2001’s “The Takeover,” where Jay called Nas a “lame” and dissected his entire catalog piece by piece. Nas responded with “Ether,” in which he compares the Brooklyn rapper to Judas and a camel. This prompted Jay to respond with “Supa Ugly,” where he gleefully admitted to have been sleeping with Nas’ baby’s mother. (Right then, in a Hot97 on-air segment, listeners voted “Ether” as the winning track, and Jay apologized for having gone too far.) Now, the two rap kings are friends, having recorded together a bunch of times after squashing their beef in 2005 at the “I Declare War” concert in Philadelphia.