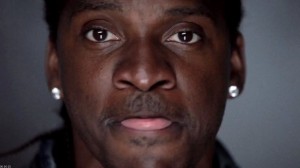 Clipse rapper Pusha T has dropped off a drug-inspired visual for ‘What Dreams Are Made Of,’ one of the darker songs from his 2011 EP, ‘Fear of God II: Let Us Pray,’ which features the G.O.O.D. rapper amidst a mountain of coke lines, scales, straws, cash and bubbly, and even a live python.

The Jason Goldwatch-directed video was shot back in November, but premiered on Thursday (Jan. 5), thanks to Red Bull.

“[The clip] is arrogant, it’s a bit brash, it’s about excess, fast living and articulating a lifestyle, a lifestyle that we know very well,” Pusha revealed, while on set. “Lyrically, it’s about how our people fell victim to drugs, but it wasn’t all our fault: [Ronald] Reagan had a lot to do with that; don’t just blame us. If you love what I’m about and what I’ve been doing all these years, then it’s for you, and I’d be cheapening [the project] if I didn’t shoot a video for one of the harder records off of the EP.”

While the video generally illustrates the images conjured in the song, keen-eyed fans will note one item that stands out — a jar of jelly beans. When MTV queried as to the reason for the confection’s inclusion, Pusha explained that the jelly beans are a tribute to former president Ronald Reagan.

“Ronald Reagan was an avid jelly bean lover, so we’ve got to pay homage to him. We have to: He had a lot to do with this … the Ronald Reagan era was a tough time and a detrimental time to the black community, but we adapted,” Pusha explained. “I have a very mean couplet in this song that describes what Reagan did and how Nancy [Reagan] tried to be down too, so we decided to showcase that with the jellybean.”