With millions of records sold, nationwide sold out shows, loved by the streets and respected amongst his peers, without a question E-40 continues to reign supreme. 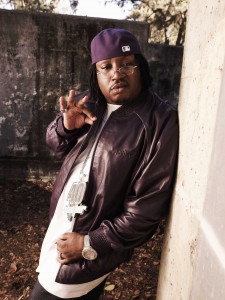 With millions of records sold, nationwide sold out shows, loved by the streets and respected amongst his peers, without a question E-40 continues to reign supreme.

March 29 will mark the release of the 15th and 16th albums from one of the biggest rap artists to come from the West Coast. Artists T-Pain, Tech N9ne in addition to E-40’s bay area conglomerate Guce, Black C of RBL Posse, Laroo, Turf Talk, Cousin Fik, J. Stalin and The Click, all grace the forth coming albums. E-40 and his son Droop-E, who also raps and produces, will once again share Executive Producer credits on both albums.

What’s more? In 2010, E-40 surpassed a new benchmark when he signed to Heavy On The Grind, owned by his first sonDroop-E. Together they released E-40’s 13th and 14th albums entitled Revenue Retrievin’ Day Shift and Revenue Retrievin’ Night Shift. That very effort spun the Bay Area’s famed ambassador as one of the hottest commodities in Hip-Hop with the smash hit record Bitch, featuring Too Short and50 Cent. Today, both fans and street soldiers around the globe can rest assured Revenue Retreivin’ Overtime Shift andRevenue Retrievin’ Graveyard Shift will be another flawless classic from E-40.