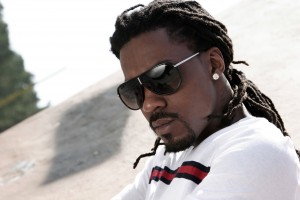 Police have identified the suspect in the murder of Slim Dunkin’ as Atlanta rapper Young Vito, real name Vinson Hardimon. He is currently not in custody and authorities are urging him to turn himself in as soon as possible because he may be in danger.

“We are urging Mr. Hardimon to turn himself in to authorities because we have reason to believe he may be in danger,” reads the release, according to the Atlanta Journal Constitution.

The killing was believed to be preceded by an argument and physical altercation between the two over a piece of candy. And interestingly enough, Vito’s single Fish Scale On My Scale was only viewable via a YouTtube page linked to USDA, a southern rap group founded by Young Jeezy. It has since been removed. If the public has any information about the whereabouts of Young Vito, they are urged to call the tip line or the Atlanta Police Department’s homicide unit at 404.577.TIPS (8477).

The news comes just as Slim’s family and friends prepare for his funeral. The Brick Squad affiliate’s funeral took place today (December 23) at 11 a.m. at Berean Christian Church in Stone Mountain. His childhood friend Waka Flocka and label mate Gucci Mane will be paying for most of his funeral including a “white horse-drawn carriage, massive white floral arrangements, and a white dove release ceremony,” according to TMZ. The wake was held Thursday afternoon at Willie A Watkins Funeral Home’s chapel. The rapper will be laid to rest at Hillandale Memorial Gardens in Lithonia.