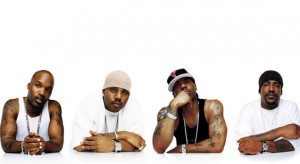 Grammy nominated R&B group Jagged Edge released their 7th studio album titled The Remedy via Slip-N-Slide Records/EMI on June 21. The quartet returns to replenish what’s been missing from R&B with an album that has that classic Jagged Edge sound: Timeless, sensual and honest R&B music that millions of fans adore.

The Remedy features the singles Baby, Tip Of My Tongue and future singles Flow Through My Veins and Lipstick featuring Rick Ross.

The first music video off the album was for Baby, directed by renown director Yolande Geralds. It was the hot joint on BET’s 106 & Park and was a Top 20 hit on the Billboard Urban AC radio charts. The second video is for their current single titled Tip Of My Tongue, featuring Trina and Gucci Mane. In support of The Remedy, Jagged Edge plans on touring this summer. Dates will be announced at a later time.