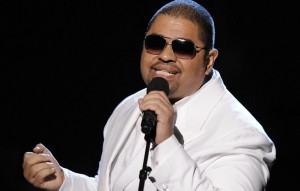 Rapper Heavy D died last month of a blood clot in his lung that was likely formed during a long flight home from London, where he had performed a tribute to Michael Jackson, according to the L.A. County coroner’s office.

Although some had speculated that Heavy D’s weight or pneumonia played a role in his death last month, the autopsy report released Tuesday revealed that he suffered from deep leg thrombosis that caused a pulmonary embolism.

Known as the silent killer, a pulmonary embolism is the medical term for a blood clot in the lung. A blockage typically forms in the legs. During long periods of inactivity, the clot can break off and travel to the lung, where it can become fatal if not treated immediately, said Dr. Matthew Butteri, who specializes in internal medicine at UC Irvine Medical Center.

“It’s the equivalent of a heart attack,” Butteri said. “Just like when you have a blockage in your coronary arteries and you have a heart attack. Well, this is an infraction in your lungs, so it’s really a lung attack because the blood clot is preventing getting oxygen to critical lung tissue.”

Heavy D, who was born Dwight Arrington Myers, collapsed outside his Beverly Hills home Nov. 8 and later died at Cedars-Sinai Medical Center. He was 44.

At the time of his death, the musician was being treated by a private physician for a cough that some said may have become pneumonia. A toxicology report found the presence of medication in Heavy D’s system, but it was at a therapeutic level.

He was 6 feet 3 and weighed more than 300 pounds at one point, but had slimmed down in recent years. His weight was not a factor in his death, authorities say.

Instead, Craig Harvey, chief of the Los Angeles County coroner’s office, said the blood clot was “most likely formed during an extended airplane ride.”

Heavy D helped shape rap music in the late 1980s and ’90s with a fusion of New Jack Swing and reggae. He later became an actor, most recently appearing in the movie “Tower Heist.”

Other well-known figures have died or suffered from the condition. Tennis star Serena Williams underwent emergency surgery in Los Angeles in March for a potentially lethal blood clot in her lung. In 2003, NBC correspondent David Bloom died of a pulmonary embolism in Iraq, three days after complaining about cramping behind his knee.

Factors that cause the condition include immobility, such as being bed-ridden or taking long flights; surgery; smoking; the use of birth control pills; and a genetic predisposition.