Hip hop artists love flaunting their money – but can they teach us anything about how to make it?

Ben Horowitz, a leading Silicon Valley venture capitalist, certainly thinks so. He told the BBC World Service how listening to rap music had helped him to make critical business decisions.

“It’s mostly what I listen to, but it also turns out to be very relevant to business, in terms of the issues that come up.

Mr Horowitz, co-founder of Andreessen Horowitz, which has made a fortune from investments in firms such as Groupon and Skype, said that when it came to big strategic decisions feeling can be more important than logical thought.

“For me to have a whole class of music that really helped me articulate all that in my mind, and then articulate in my writing, as well has been a big deal,” he said.

“Rap presents an immediate test. If you get up on the stage and your are whack, you are going to get booed off. You have to present yourself in the moment and you have to move the crowd. I think there is a lesson there in leadership because it’s about creating pathways of connection,” he says.

Conspicuous consumption is part of hip-hop culture
“It’s not only to do with what you want them to do, but what they want to do but may not know it yet.”

So what are the set texts from the hip hop business school – and what can they teach us?

It’s All About The Deal 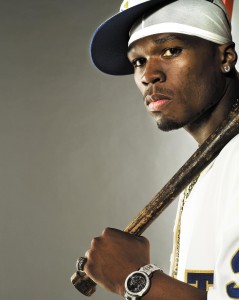 I take quarter water sold it in bottles for two bucks, Coca-Cola came and bought it for billions, what the [expletive] ? – I Get Money, 50 Cent

Curtis “50 cent” Jackson is known as one of hip hop’s sharpest business operators. In I Get Money, from his second album, he boasts about a deal with Coca-Cola, who paid $4.1bn for Glaceau, a vitamin water company he had taken a 10% stake in through an investment vehicle.

The deal is said to have landed Jackson between $60m and $100m, putting his net worth at close to $0.5bn. “Quarter water” is a reference to the small plastic bottles of flavoured water Jackson and his friends used buy for 25 cents when they were children in the New York ghetto.

The rapper, whose debut album was entitled Get Rich Or Die Trying, is currently at the the centre of controversy over a share tip he gave to his 3.8 million followers on Twitter, in a company in which he is an investor and shareholder.

Work Hard And What Your Costs

Another noted hip hop entrepreneur, Andre “Dr Dre” Young, is third in Forbes magazines list of wealthiest rappers, with an estimated net worth of $250m. He added an estimated $175m to his fortune in 2011 with the sale of a 50% stake in headphone company Beats Electronic.

In 2007’s Get Your Money Right, Dr Dre joins forces with Jay-Z, whose $450m empire includes restaurants, fashion, music and a share in the New Jersey Nets basketball team, to give what amounts to a seminar in how to start a small business (once you have stripped out the expletives and drug references).

“Don’t be worried ’bout the next man – make sure your business tight,” the pair advise, before adding, in a crucial lesson for all would-be entrepreneurs: “If you ain’t in it for the money then get out the game.”

Be Your Own Boss

I can’t let life get the best of me, I gotta take, take control of my own destiny / Control what I hold and of course be the boss of myself / No-one else will bring my wealth – A Job Ain’t Nothing But Work, Big Daddy Kane

“When hip hop was born, it was born with that sense of being ‘on the hustle’ or ‘on the grind,'” says Bradley, author of Book of Rhymes: The Poetics of Hip Hop.

“Part of it comes from an underworld parlance, an underground parlance, of criminal enterprises, selling drugs. 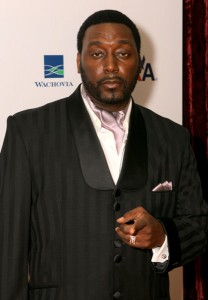 “You could be working a block selling drugs, but extrapolate it and it means working hard. It means labour, a commitment to a work ethic, and that sense of struggle.”

You’re just a rent-a-rapper, your rhymes are Minute Maid / I’ll be here when it fade to watch you flip like a renegade – Follow the Leader, Rakim

“The interesting thing about Rakim, in addition to being the first great rapper, he was kind of a founder of rap music,” says Ben Horowitz.

“When rap music started it was kind of like a start-up music genre and it wasn’t clear at all that it was going to succeed.”

Rakim’s message to those who were jumping on the rap bandwagon, but did not really believe it had a future, struck a chord with the venture capitalist.

“If you just want pure, unadulterated swagger to come pouring out of you, there is no better soundtrack than hip hop – whether you are going out on to the sporting field, or going into the boardroom,” says Adam Bradley.

Ben Horowitz told the New York Times he sent the “superaggressive” lyrics of Scream on Em, by The Game, to an executive he felt was being too deferential and needed to show more strength.