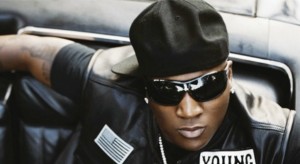 With his oft-delayed fourth solo album, TM 103, in label limbo, Young Jeezy took it back to basics and reunited with DJ Drama on his latest mixtape, The Real Is Back.

“Jeezy and Drama together, that’s a clear win-win, man,” Drama told Mixtape Daily. “N—as gonna stop actin’ like we ain’t built this. You like our style, you watch our style, we still own our style.”

As self-serving as his boasts may seem, Drama and Jeezy are credited with popularizing a unique brand of trap music that has dominated Southern rap since the early 2000s. At first, the rap/DJ tandem were inseparable, starting with their 2004 tape Tha Streetz Iz Watchin’ and their 2005 classic Trap or Die. A rift then started to grow between the two, but in December 2009 Jeezy appeared on Drama’s “Gangsta Grillz Radio” show on Atlanta’s 107.9 and they buried the hatchet.

Now the duo are back to work, returning to grace on The Real Is Back. “Me and Drama had a couple of conversations. When I came through the station, we chopped it up. We was talkin’ about doin’ another tape because we had so much history as far as The Streets Is Watching, Trap or Die, the list goes on and on,” Jeezy said. “It just was time, the streets needed it. So I had to get in the studio, had to do my whole one, two thing. As usual, he was on point.”

The tape is filled with street-centered anthems like the kinetic “How U Want It.” The track features a menacing instrumental on which Jeezy employs his patented slow flow and trap-raps. “How you want it, hard or soft/ Get ’em in, get ’em off,” the Snowman spits.

Lil Wayne appears on “Ballin’,” while Fabolous helps out on “Rollin’.” Still, Jeezy keeps his ear to the street and also collaborates with underground ATL spitter Alley Boy as well as CTE’s new signee Freddie Gibbs on “Run DMC” and “Do It for You.” There are no attempts at big radio singles here, just hard-edged street-hop.

“We invented the wheel when it comes to that type of music and that type of tape so we just did what we did,” Jeezy said of his reunion with Drama. “I felt like I wanted to take it back to what I do. Young Jeezy, nothing else. I’m not trying to sell this to nobody, I’m trying to do what I did in the beginning: go hard.”