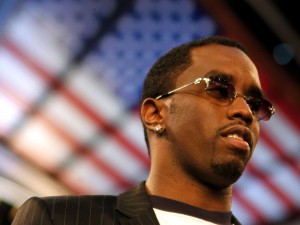 In the high stakes battle for Hip Hop superiority, it appears that the two top money earners in the rap game – Shawn “Jay-Z” Carter and Sean “Diddy” Combs respectively – are in a quiet duel to become the first billionaires by way of their shared industry.

With various streams of revenue flowing for both savvy businessmen, some unrelated to music, the potential is vast for both men according to a recent analysis from Forbes magazine. However, another Hip Hop mogul believes he and his team will eclipse Jay-Z and Diddy in the money race all in due time.

CEO of Cash Money Records Brian “Birdman” Williams threw his and protégé Lil Wayne’s Young Money imprint names into the billionaire sweepstakes pot, defiantly stating that the YMCMB machine is well on its way to the top. “I think Young Money Cash Money would be the first billion-dollar brand in hip-hop,” said Birdman plainly in an email to Forbes referencing his label ventures. “We strong and growing every day as a brand and fast. Within the next few years we will be billionaires.”

According to Forbes numbers, Diddy is at the halfway mark with an estimated net worth of $500 million, much of that tied up in Diddy’s business ventures such as his Sean John and Enyce clothing lines along with his stake in Ciroc vodka. Jay-Z is right behind his rich pal with assets that include a lucrative $10 million dollar Live Nation deal, the 40/40 club chain, cosmetic company Carol’s Daughter and his partial ownership of the New Jersey (soon to be Brooklyn) Nets amongst other deals. Continuing the dollar tally, only Dr. Dre and 50 Cent are within range for the coveted billionaire status.