The staff at Gutta World highlights 10 releases this year that we are personally excited about. And no, we’re not counting on “Detox” either.

After so many colorful releases in 2011, Hip Hop fans have a lot to look forward to in 2012. No, we’re not actually basing our hopes on Dr. Dre’s Detox or Jay Electronica’s elusive debut, the mythical merger of Nas and DJ Premier or the long-delayed complete reunion of Goodie Mob. Like any fan, we would love if any or all of those released before we purchased new calendars, but there are a plethora of albums already underway that have a ton of promise in making this year musical.

Younger artists who had powerful impact in ’11 as well as some “golden era” alumni keeping the hardcore alive are slated to make bold statements with their music this year, and the Gutta World staff sat down and compiled 10 releases that we can count on, and why we think they’ll make 2012 all the more exciting. 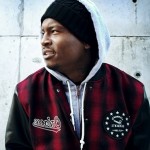 The Ecology by Fashawn

Few debut albums in recent memory were as potent and honest as Fashawn’s 2009 debut Boy Meets World. The independent release, produced entirely by Exile, helped rush the forefront of a West Coast renaissance of music coming from young emcees with wisdom well beyond their years. Late this summer, when the Fresno DXnext alum announced that he was going to uphold the formula with Ex on the boards, the Gutta World staff rejoiced. Expect colorful sample-driven sounds and common-man themes as the Young Santiago helps expand his legacy as one of the more resonant voices of this time. As Common, Talib Kweli and Mos Def all began as independent artists in the ’90s before reaching mainstream stature, Fash is another poised to have that kind of impact. 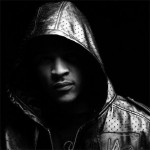 2010’s No Mercy felt like a rushed T.I. album, as the Grand Hustle founder was quickly recording as a free man before serving for his latest (and hopefully last) felonious brush with the law. Given Tip’s track record for every-other-album being outstanding (see Paper Trail and King), the album sharing a name with the Marvin Gaye hit sounds audiobiographical and brutally honest before it even nears roll-out. Hopefully the man who made Atlantic Records relevant to Rap music can go in and delicately walk that line with a mainstream-friendly album that still carries plenty of trappings.

Dating back to O.C.’s Jewelz, Bumpy Knuckles and DJ Premier share a musical chemistry that reflects their strong personal bonds. Two “kings of the underground sound,” these masons of the East Coast Hip Hop sound have teamed up for a March album that’s fully collaborative. Whereas 2000’s Industry Shakedown was a mosiac from the likes of Pete Rock, Diamond D and The Alchemist, The Kolexion is a project the fans have been asking for and brings Premier back to one of the fiercest emcees of the Gang Starr Foundation glory years. We anticipate a mosaic of wisdom and aggression. 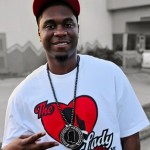 Live From The Underground by Big K.R.I.T.

Few artists have the ability to appeal to the streets and the college campuses as well as Meridian, Mississippi’s Big K.R.I.T. With two mixtapes that easily could have been albums held in the highest regard, the Cinematic/Def Jam emcee, like J. Cole has the ability to make an album entirely by himself that could change the face of Hip Hop. Given K.R.I.T.’s history of working with icons that influenced him such as 8Ball & MJG, Devin The Dude and Ludacris, even if that’s not the case, the expectations for this are high. Plus, with Sha Money XL (who made classic albums with 50 Cent and Game as G-Unit Records’ former President) having a strong hand in the project, this is an album that could prove to be another Def Jam southern game-changer in the line of debuts from Ludacris, Young Jeezy and Rick Ross. 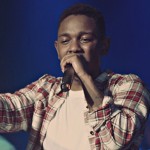 Good Kid In A Mad City by Kendrick Lamar

After making the “album of 2011” (according to us, anyway), Compton, California’s Kendrick Lamar is expected to go right back and drop another one. Good Kid In A Mad City, as its known now anyway, finds Jay Rock’s lil’ homie dealing with rumors of an Aftermath deal, Tech N9ne, Game, and Drake working with him, as well as a whole different place than he was in just a year ago. We hope the supporting cast is as obscure as they were last time (GLC, RZA, J. Cole, Terrace Martin), but that one of the smartest 24 year-olds you’ll ever meet has more anthems that carry Hip Hop out of its stupor. 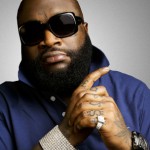 Few superstars have the ear for beats that Ricky Rozay possesses. Just as Teflon Don was one of the best-produced albums in recent years, we expect a refreshed (hopefully healthier) Rawss to make another gem. With the Maybach Music Group compilation and Wale’s sophomore LP being winners of 2011, this seems in the cards to one of the biggest voices and personalities in Rap since the 1980s. Moreover, like Drake and Lil Wayne, Rick’s guest-lists usually pack surprises that change lives, just ask Styles P. 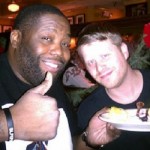 Ten years ago, this collaboration would have sounded like a clunky April Fool’s joke. However, Company Flow-meets-Dungeon Family next year, as Brooklyn-meets-Adamsville. Mike Bigga and El-Producto have been at work on this album for years, and two of the smartest guys in Hip Hop music are expected to make joints that sound informed as well as experimental. Hopefully it puts each talent in front of audiences previously not exposed to their greatness. El-P’s track record with producing others’ albums (see Cage’s Hell’s Winter and Cannibal Ox’s The Cold Vein) is of the highest level. We are trying to get subs back in the trunk before this rolls out. 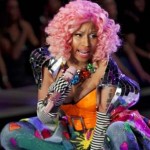 The emcee with 2010’s “Verse of The Year” has proved herself to be one of Rap’s most animated lyricists since Busta Rhymes. While her debut, Pink Friday may have been guilty of trying to do too much, after strong appearances with Lil Wayne, Drake and Big Sean, Oneka is the one to watch in ’12. Mainstream Hip Hop fans should tune in to see this 2008 DXnext alum step in and give Lil Wayne a run for his millions as YMCM’s sharpest spitter. 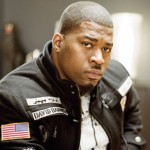 2005 belonged to Houston. 2008 belonged to Detroit. 2012 may belong to Mississippi. The Magnolia State’s Hip Hop pioneer David Banner, along with K.R.I.T. may shake things up with brutal honesty over-top self-produced beats. After making ethery commentary on 2011’s “Swag” (an inclusion on The Make Believe Album), expect D.B. to come out vocally swinging. In late ’10, David brought out one of his strongest works to date in Death of A Pop Star. Now removed from the controls of SRC Records, this Rap veteran may do for ’12 what Killer Mike did for ’08. 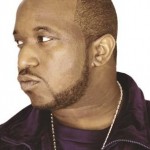 For years, Necro’s rhyme delivery has been compared to Kool G. Rap, and the Psycho Logical Records’ founder will proudly admit that the Juice Crew spitter is a deep influence. As not all G Rap works have sounded cohesive since Roots of Evil, hardcore Hip Hop fans can count on this merging of the musicians to sound grimier than New York in the 1970s. Meanwhile, this is a perfect vehicle for Necro to bring his brand of “Death Rap” and amazing sources for sounds back into the ears of common Hip Hop fans. As Riches, Royalty and Respect went under the radars of most, this is a perfect collaboration for two cult followed icons.

What albums are you most looking forward to in 2012?