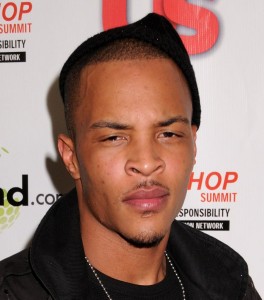 Grammy Award-winning rapper T.I. is once again out of federal prison and in a halfway house, his attorney said on Friday.

The Atlanta entertainer, whose real name is Clifford Harris, was released August 31 from a federal prison in Arkansas where he was serving an 11-month sentence on weapons possession and drug charges.

T.I. was assigned to a halfway house in Atlanta for the last month of his sentence. But shortly after leaving Arkansas, the rapper was returned to a federal prison in Atlanta because officials had an “issue” with his ride on a luxury bus from Arkansas to Atlanta, attorney Steve Sadow said.

“But we provided them with information that he wasn’t actually conducting business on the bus,” the attorney said.

On Thursday, T.I. was transferred from prison to the Atlanta halfway house, Sadow said. The entertainer is scheduled to be released September 29.

He was sentenced in October 2010 to 11 months in prison for violating the terms of his probation on federal gun charges after he was arrested on suspicion of possessing the drug ecstasy.


It was his second stint behind bars in three years.

T.I.’s career began as a rapper in 2001, but he then branched out into other areas of the music and film industry, finding success both as a producer and actor.

Cable channel VH1 said last month that it had teamed up with the 30-year-old “Got Your Back” singer for a 10-episode series that will follow his readjustment to life outside prison and the making of a new album. The series is due to premiere on December 5.