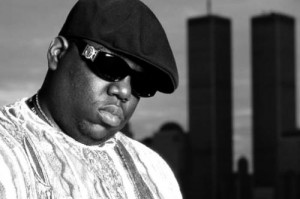 Boston, Celtics’ Center Shaquille O’Neal claims that had he been with Christopher “Notorious B.I.G.” Wallace on the night he was shot four times in the chest, the rapper might be with us today.

Christopher Wallace, aka Biggie Smalls, was gunned down on March 9th, 1997 in Los Angeles, California, just after a party held at the Peterson Auto Museum for the Soul Train Music Awards in 1997.

Shaq, who celebrated his 39th birthday on Sunday (March 6th), said that the day is bitter-sweet, due to his friendship and fond memories of the late rapper.

During an interview with “Outside the Lines” on ESPN, Shaq revealed that he met Sean “Diddy” Combs and Biggie around 1993, after B.I.G. agreed to record on the basketball star’s record “You Can’t Stop The Rain.”

The pair developed a close kinship that lasted up until the night of B.I.G.’s death.

Shaq said he saw B.I.G. at a tattoo parlor on Sunset Boulevard in Los Angeles, just two days before he was gunned down. B.I.G. invited Shaq to the infamous after party, where the rapper would lose his life.

According to Shaq, he was supposed to meet B.I.G. at the after-party, but he fell asleep in his condo while waiting for his head of security, Uncle “Jerome” Crawford, who could not get past the front desk.

“I was in my condo. I had on a cold white suit, white hat and all that,” Shaq told Outside the Lines. “I was on my way. I was dressed. Usually Uncle Jerome will just come up, but I guess he tried to call and the front desk wouldn’t let him through. I just fell asleep. I woke up about 4 o’clock from a call from my mother.”

The news Shaq’s mom Mrs. Lucille O’Neal delivered was shocking. Her son’s friend had been gunned down just hours earlier, by unknown assailants.

“She said ‘Did you go to the party?’ I’m like, ‘No, what’re you talking about?’ She said, ‘You know, your friend was shot and killed.’ And I was like, ‘What?’ So then I hung up with her and called some people and they told me what had happened,” Shaq told Outside the Lines.

Shaq addressed the murder in his 2001 autobiography Shaq Talks Back, when he wrote: “If I would have been standing by his truck, would the killer still have shot? I’ve always asked myself that question.”

Junior M.A.F.I.A.’s Lil Cease also believes if Shaq had came to the party that evening, B.I.G. might still be alive.

“One dude in the car by his self,” Lil Cease revealed. “He just didn’t say nothing. He rolled up on the car, pulled his hand out the window and started firing the gun into the car, into biggie’s door. Big was just slumped over with this shocked look on his face, like he couldn’t believe what just happened.”

While B.I.G.’s murder has never been solved, new hope has arisen in the pursuit for justice.

Hundreds of new documents were recently unsealed by the L.A.P.D. linking two former officers to the 1997 murder.

According to the new evidence, former L.A.P.D. officers-turned-criminals Rafael Perez and David Mack were involved with the murder of B.I.G., along with a man named Amir Muhammad, at the orders of Marion “Suge” Knight.

None of the men implicated in the rapper’s murder have ever been charged.

On Wednesday (March 9th), B.I.G. will be honored by Junior M.A.F.I.A. and other close friends during a celebration of his life.

C.W.M.F. representative Jan Jackson will be on site during the event, and will be scheduling interviews upon request.

Also in honor of Biggie’s memory, the tribute celebration will feature artists who were inspired by Biggie’s music, and who will pay homage to him through live performances.