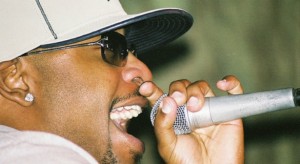 Nickel Nine explains why him and Eminem teamed up with pop singer Bruno Mars for the Bad Meets Evil cut.

Royce Da 5’9 and Eminem team up with Bruno Mars for the track “Lighters” on their Bad Meets Evil release Hell: The Sequel EP. But after the track leaked along with the album, the two faced criticism from fans for going out of character with a track they may not have done a few years ago.

“‘Lighters,’ the song with Bruno Mars, that’s basically just us showing versatility,” Royce told Bootleg Kev. “We didn’t want to make it too one-dimensional and we didn’t realize it until towards the end of the project where we were like, let’s make one or two personal joints. We got another one called ‘Take From Me’ where it’s kind of personal, and the rest of it is just us rapping. We gave one or two songs to where we showed that’s not all that we can do, because obviously, it’s reaching a bigger audience than I ever reached.”


Nickel Nine explained that it wasn’t meant as a snub to his core fans, but it was something he needed to do. “I don’t want that audience to think that I can only do one thing. It shows versatility on my end and it was a good way to set up Slaughterhouse. My core fans, the people who’ve been following me, the bulk of the album they’re going to be into. That’s what they want to hear me do. If I got one or two songs on there, of course they’re like ‘Aw you shouldn’t have did that.’ But you can’t please everybody.”