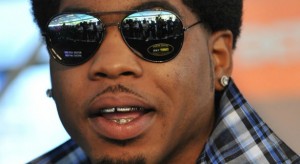 Rapper Webbie is adamant … he had nothing to do with an Alabama nightclub shooting that left one man dead — telling TMZ, he was just there to perform … and that’s what he did.

Law enforcement sources tell TMZ, cops rushed to Webbie’s show at Primetime nightclub in Dothan around 3am Sunday — responding to a call of shots fired. When they arrived, they discovered a man lying face down on the pavement outside the club with a gunshot wound to the chest. He died later at the hospital.

Webbie — real name Webster Gradney — was taken in for questioning following the incident, and there were Internet reports he was being investigated for murder. Webbie insists that’s not true.

Webbie’s manager tells us, the rapper was questioned simply because the shooting occurred at his concert — and police thought he might have some info about what went down.

But according to law enforcement sources, Webbie didn’t know jack …so they let him go — no arrest, no charges filed.