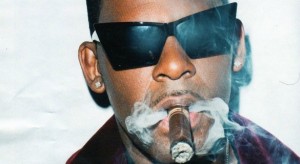 Hip-hop crooner R. Kelly, who has had his share of legal issues in the past, is facing another: He may lose his mansion near Chicago to foreclosure. J.P. Morgan Chase & Co. has filed a foreclosure action against the singer, whose real name is Robert Sylvester Kelly, saying he hasn’t paid his mortgage in a year.

With the foreclosure, Kels, as he is known to some fans, joins a long list of rap and R&B stars before him who failed to pay their mortgage bills.

Last year, we reported that Chamillionaire, the lyrical mind behind the hit single “Ridin,’” defaulted on the loan for his Houston mansion. Atlanta-based “Prince of the South” and southern gangsta rapper Lil Scrappy was reportedly foreclosed on late last year, along with his girlfriend Diamond, of the hard-core rap group Crime Mob. Rapper Xzibit, of “Pimp My Ride” fame, faced the music in 2009, after missing $21,000 in payments on his California home. Hip-hop record executive Damon Dash lost his TriBeCa duplex last year to foreclosure. Even Nelly (remember “Country Grammar” and “Hot in Herre”?) was accused by a former manager of being in danger of losing his home to foreclosure, although he denies it.

All of this brings up some interesting questions about hip-hop artists and their thoughts on real-estate, one’s obligations vis-à-vis private property and debt, and the economic crisis. We know from their lyrics that rappers love money, and claim to have a lot of it. We also know from music videos and TV shows like MTV’s “Cribs” that rappers also like big houses and flashy cars. But does foreclosure even register with rhyme-sayers, or are they too busy living the high life to care?

Staten Island native and Wu-Tang protégé Trife Diesel, for example, in his song “World Today,” which starts with an audio sample of Barack Obama giving a speech about the economy, raps, “FDA approved medicines, killing off us Americans / Homes in foreclosures, we being kicked out of residence / It’s time to represent, for our next to kin.” He stops short of proposing a solution to the foreclosure crisis, but offers this analysis of tightening of mortgage-lending standards by Fannie Mae and Freddie Mac: “People with A1 credit can’t afford steak sauce.”

Other rappers have taken on the economy, too. Statik Selektah, for example, in “So Close, So Far,” wistfully imagines a world without the GM and AIG bailouts and the subprime loan mess: “Wouldn’t it be nice if the banks didn’t f— up the loans / And people ain’t have to move out they homes? … That the world I’m talkin’ about is where we would like to be / Worried about debts, recessions and foreclosure…”


Perhaps not surprisingly, a lot of rappers are in caught up in foreclosures of their own doing. Chicago’s Real Estate Daily, citing an unnamed source, reported that R. Kelly “stopped making payments on the mortgage in an attempt to force the bank to negotiate a modification of the loan.” It’s a tactic adopted by many American homeowners, who find that banks are unable or unwilling to negotiate a new loan or interest rate for them unless they have missed payments. Chamillionaire’s case, too, was a strategic default, or so he told celebrity-news website TMZ last year.

If we are to believe the hype, hip-hop artists probably have the money to pay their mortgages, but seeing continuing weakness in the housing market, choose not to.

From the point of view of economic self-interest, you can hardly blame them. Wasn’t it Ice-T who first said, “Don’t hate the playa / Hate the game”?