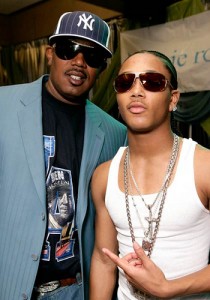 The head of a local NAACP branch in Terrebonne, Louisiana, has criticized the amount of police present at a Master P. concert last night (April 27th) in Houma, Louisiana.

Almost 40 police officers from Houma and Terrebonne’s Police Departments were out in full force in bulletproof vests at the City Club, where Master P., Mystikal, Romeo and others were performing.

The Narcotics Task Force and a SWAT team was parked nearby, in case the other 40 officers needed additional backup for strictly for the show, which drew about 100 people to the venue.

According to the police, they were there due to other spring break events taking place around the area, but local residents rejected the notion, because of the police’s concentration in front of the City Club.

“It had racial overtones,” Jerome Boykin, head of Terrebonne’s NAACP told The Houma Courier. “When you have white rock groups come to town you don’t have this much.”


Master P. and No Limit Records are slated to celebrate their 20th anniversary on May 1st at the House of Blues in Houston, Texas.