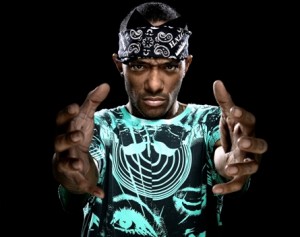 Three years away from the rap game is a potentially career killing lifetime for most rappers. For Prodigy, one half of the legendary New York mainstays Mobb Deep, the time off from rap has not been entirely fruitless as he’s been officialy released from Mid-State Correctional Facility after serving a three-year prison stint.

In October 2006, Albert “Prodigy” Johnson was driving his SUV in New York City with longtime producer and friend Alan “The Alchemist” Maman and after making an illegal U-turn, his vehicle was searched by police. After finding a small pistol in a compartment, the pair were arrested and subsequently released on bond with pending charges.

Prodigy, already convicted of previous gun charges, feigned ignorance about the gun but later struck a deal with prosecutors, pleading guilty and dropping his mandatory charge of 15 years to just three for the gun possession. He was sentenced to three and a half years on October 8, 2007.

While out on bond, Prodigy feverishly recorded a bulk of music and shot several videos in order to keep his music out on the street and his name relevant in the increasingly fast moving rap industry. The last album released from the rapper was 2008’s Product Of The 80s.

Prodigy will be released tomorrow (March 7) from the Mid-State Correctional facility in New Jersey, no doubt to much fanfare from his longtime Mobb Deep partner Havoc and to the many fans of the gruff voiced rapper responsible for the street classic “Keep It Thoro,” along many other notable tracks in his nearly 20-year career. The rapper is also releasing an autobiography detailing his rise to rap royalty and also his time behind bars via publishing giant Simon & Schuster.