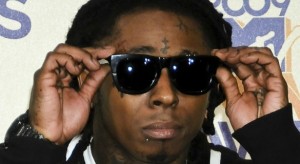 With his popularity and success still at a supreme zenith, is it really close to the end for the man who will have the number one album in the country? Back in the July/ August issue of XXL magazine, Lil Wayne declared that he was retiring soon to spend more time with his children.

Obviously none of his fans want to see Wayne leave the game, but what does his Young Money family think?


“As far as that retirement goes, I don’t know what he’s talking about,” YM President Mack Maine told XXLMag.com. “I’m not trying to hear that… I mean technically he can. We paved the way where Young Money the brand is gonna be so big. And he’s done so much where he can just tour. But I know his love and passion for the music…. I also know he has love and passion for his kids and family and he sacrificed a lot of this life we living. So at 30, if he says he wants to hang it up and be a family and a businessman, I wouldn’t be mad at it. He’ll be like 18, 19 close to 20 years in the game. And [have put out] that many albums. He’ll be a vet at a young age. It’s not like we’re gonna need to put out albums, it’s just the passion. Can you walk away from it?”

Well luckily, listeners still have a few years for Weezy to change his mind. As for now, reports are putting the first-week numbers for Wayne’s Tha Carter IV (released August 29) as high as 900,000 copies sold. He also has two songs on the Billboard Hot 100 charts. “How To Love” is currently number seven while the Drake assisted “She Will” debuted at number three just last week.