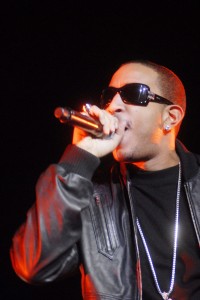 Ludacris recently sat down with AllHipHop.com to discuss the progress of his upcoming eighth album, Ludaversal.

The rapper, born Chris Bridges, has been busy pursuing an acting career with roles in upcoming movies like “Breakaway” and “Fast Five” co-starring Vin Diesel, which is due in theaters this Friday (April 29th).

According to Ludacris, his busy schedule and his acting career have not interfered with his ability to make a hit album.

“When you hear the album you’ll know,” Ludacris told AllHipHop.com. “People can expect me to take it to a level they know I’m capable of. If anybody has doubts, I have no problem continuing to prove myself. And I have no problem slapping the ones who’re sleeping to make them wake up. It’s about consistency.”

Over the years, Ludacris has collaborated with a wide variety of artists, from singers like Enrique Iglesias, Fergie and Mary J. Blige to rappers like Lil Wayne, Nas and Jay-Z

The rapper attributed his success to his ability to make cameo appearances on hit records, while maintaining his Hip-Hop roots as a lyricist.


Ludacris said he always had the “perfect balance between always staying true to the Hip Hop lyricists’ roots” and never limited himself to working with one particular type of artist.

“Who else is able to do those and still get on the ‘Welcome to My Hood (Remix)’ and kill shit – period? That’s what I think I’ve been able to consistently do,” Ludacris told AllHipHop.com.

Ludacris album Ludaversal is due in stores in early 2012.