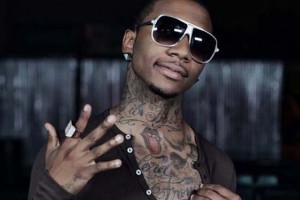 Lil B’s “I’m Gay” rap album has placed him under fire and attracted death threats for the title. However, the Berkley-based rapper says he is trying to “push less separation” in the community.

Gangsta rappers and those in the hip hop world are known for their free-styling, rites of passage lyrical-killing talents, and disrespect of women, you name it.

For some, it goes with the territory, and is for entertainment only. But for others, a life of living large and degrading women and LGBT is a way of life.

With such a sensitive topic that incites violence and steamy arguments, why would Lil B title his album “I’m Gay?”

Is it his coming out ceremony, and he’s been hiding his lack of man-hood underneath the menagerie of tattoos and dark sun shades?

Not so, says the “Illusions of Grandeur” rapper; he wants to change the psyche of gender-bending and set the record straight.

“I got major love for the gay and lesbian community, and I just want to push less separation and that’s why I’m doing it,” he said according to MTV.

A spokesperson for GLAAD said that while Lil B’s intentions may be good, some may confuse his “I’m Gay” rap album title as a gimmick to sell records. They are cautiously optimistic about his intentions as an ally.

“B” insists that he is straight, is a lover of women, and has no interest in men. He is trying to help foster an environment where rappers and the hip hop community can co-exist with LGBT without having to resort to vile means to boast their manhood.

Who appointed Lil B the acting spokesperson for the hip hop community as a change agent for social relations?

Perhaps he should focus on what type of artist he wants to become instead of making degrading music one minute and holding a how to get along 101 class the other.

Will you buy Lil B’s “Im’ Gay” album? Do you think his messages are mixed and offensive?