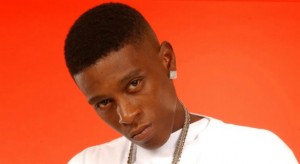 Maybe you’ve only heard of Lil Boosie in passing, or perhaps you’ve never heard of him at all. His songs have never earned regular local radio play, and his influence west of the Rockies is usually relegated to street rap diehards and those who read their RSS feed intravenously.

But in the South, his influence is omnipresent, crossing racial and class divides. He’s a cult figure with a mass following, a high-top faded and ferocious performer perennially enduring some sort of struggle (whether it’s women, diabetes or triumphing over illegal downloading to buy a candy-painted car).

From his first days as a member of C-Loc’s Concentration Camp clique to being promoted as the next Trill star by Pimp C, to his classic mixtapes, to a trio of solo albums released on Asylum Records, Boosie has earned a reputation as one of the rawest rappers in the South, a region known for unfiltered flamboyant personas.

Alas, it’s also a region known for the frequency with which its most popular artists are incarcerated. Over the last few years, T.I., Gucci Mane, Lil Wayne, Mystikal and Lil Boosie have been incarcerated for various indiscretions. Yet Boosie’s charges trump them all.

While it’s dificult to parse his current legal woes, at the moment he is facing charges ranging from ordering the murder of rivals (a charge that could get him the death penalty) to various conspiracy charges to distribute and smuggle narcotics into a federal penitiary. And on Monday, he was indicted on charges of trying to smuggle codeine into a second state prison. The indictment comes from a May 25 charge that Boosie and two local men had been attempting to smuggle in the banned substance. If convicted, it could lead to two to four years being tacked onto Boosie’s prison time.


Ignoring speculation about his guilt or innocence, it’s sad to watch one of the most singular voices of his generation get shut down. With his sinister amphibian croak, Boosie rapped about many of the same tropes as his peers, but he always conveyed greater anguish, sincerity and unfiltered passion. He created music to triumph over adversity, which resonated with anyone going through any sort of woe. He also stole the show on “Wipe Me Down,” which remains one of the funnest songs of all time.

Recently, a bootleg mixtape compilation of his most recent work has cropped up. Downloading it is recommended. Of local interest is “California,” a paean to the streets of L.A. and its most famous cash crop.