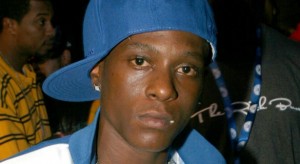 An 18-year-old associate of rapper Lil Boosie that is charged with six murders, will first stand trial for the killing of Chris “Nussie” Jackson.

According to prosecutors, Nussie was one of six men murdered by Louding during a violent streak in 2009.

He was who just 16-years-old when the string of murders took place.

Lil Boosie and Nussie were engaged in a violent war of words, when Nussie was gunned down inside of a house on American Street, in February of 2009.

Louding is also accused of killing a 35-year-old named Terry Boyd, in a murder for hire plot that prosecutors claim involves Lil Boosie.

Although Lil Boosie is not charged in the Nussie case, prosecutors originally claimed he may have ordered that hit as well, because the two rappers were feuding at the time of the homicide.

As a rapper, Nussie was the founder of Dope Celebrity Records, which released three of his albums.

Lil Boosie, born Torrence Hatch, is not charged in Nussie’s death, but he faces a first-degree murder charge for his alleged role in Boyd’s murder.

Including Lil Boosie, a total of seven men from Baton Rouge have been charged in a total of six murders.

According to reports, the first hearing for Michael “Marlo Mike” Louding will take place on July 20th.

As for Lil Boosie, the rapper has pleaded not guilty to a first-degree murder charge.