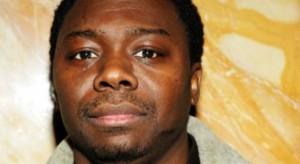 The manhunt for James “Jimmy Henchman” Rosemond has come to an end yesterday (June 21). Rosemond has been on the run since warrants were issued for his arrest on May 17.

Officers spotted Rosemond outside the W Hotel in Union Square. He tried to evade DEA agents and US Marshals by taking off on foot, but was apprehended and arrested on 21st Street and Park Avenue South.

Shortly after his arrest he was arraigned in Brooklyn on conspiracy to distribute in excess of five kilograms of cocaine.

Rosemond’s lawyer, Jeffery Lichtman, has been preparing for the impending case and feels that he is ready to fight the charges in court.

“These charges obviously aren’t surprising, we’ve been anticipating them for years now,” Lichtman told MTV News on Tuesday (June 21). “But they’re built on the backs of people that have lied and cheated, have been threatened, have been bribed by the government,” he added. “Anything to get Jimmy Rosemond, but all of this is going to be exposed. We’ve been waiting a long time for our day in court we finally have it.”

The feds have been building a case on Rosemond for the past year and have got some help from his associates. Dexter Isaac, who has been cooperating with the government in its case against Henchman, claims that he was paid $2,500 by Rosemond to rob Tupac Shakur at Quad Studios in November 1994.

“When you got witnesses like that against you, it can make anybody paranoid and believe that they won’t be getting a fair trial,” Lichtman said about his client. “When the case starts, we’ll be ready to go.”