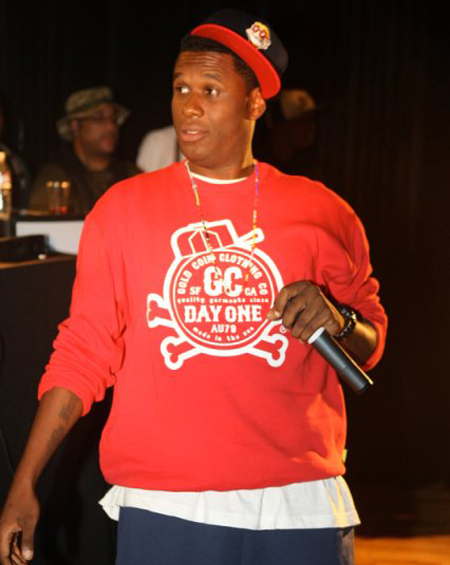 The signing ended years of speculation as to where Jay Electronica would call his recording home.

“We’re trying to reintroduce magic to Hip-Hop,” Jay-Z said from the stage at a club called The Bar.

The event was set as a magic with several oddities performing, including a man deemed “The Human Slinky” and magicians.

Jay Electronica performed for the crowd and the DJ later played his song with Jay-Z.