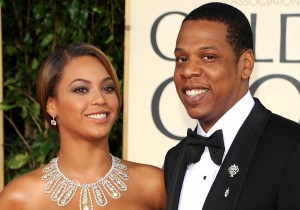 Over the weekend (Jan. 7), the music industry’s ultimate power couple welcomed their first child, Blue Ivy Carter. But not everybody is over the moon about Beyonce and Jay-Z’s new bundle of joy. One Brooklyn man is fuming over Bey and Jay’s presence at New York’s Lenox Hill Hospital and insists that the celeb couple’s security denied him access to visit his premature newborn twins and wife in the intensive care unit.

Now, Neil Coulon is demanding an apology from the world’s favorite music couple, whose presence at the hospital seems to be having a disruptive effect. Allegedly, Bey and Jay’s bodyguards upset multiple New Yorkers by keeping new parents and their relatives out of the wards, waiting rooms and even hallways in order to protect Beyonce and Jay-Z’s privacy.

Coulon told New York Daily News “Three times they stopped me from entering or exiting the NICU and it happened once on Friday — just because they wanted to use the hallway.” The father continued, “They should have been more strategic about it. These are children with problems in intensive care and you’re just going to take over the hospital like you own it? “All I want is an apology.”

According to Coulon, the notoriously private celeb couple seriously crossed the line trying to ensure their seclusion in the hospital. “I know they spent $1.3 million and I’m just a contractor from Bed-Stuy [Bedford-Stuyvesant], but the treatment we received was not okay … My wife is just terribly upset. She had a C-section. She gave birth to twins … Nobody needs this … This is the NICU. Nobody cares if you’re a celebrity. Nobody is star-gazing. They just want to see their children. To have that circus roll into town and ruin our parade was unpleasant.”

Do you think Coulon and his family deserve an apology? And will Hov and B oblige his demands?